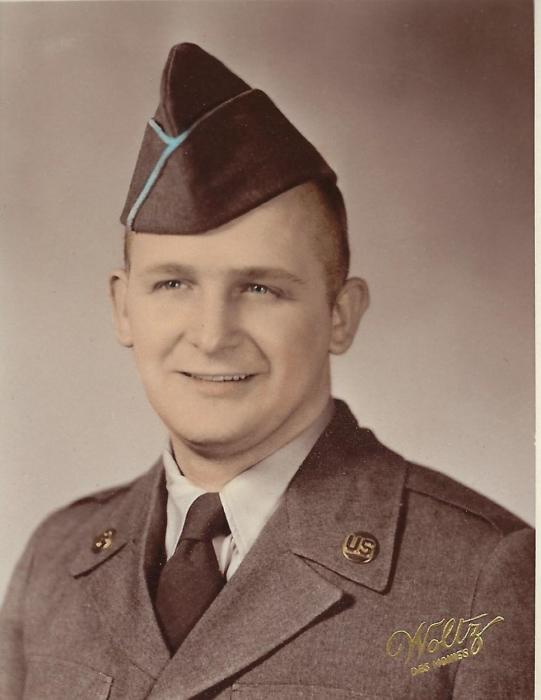 James J. McLaughlin, 84 years of age, passed away Tuesday July 23, 2019 at University Hospital-Portage Medical Center in Ravenna, Ohio. Born in Cleveland, Ohio on October 29, 1934, he was the son of the late Edward and Mary(Buckwald) McLaughlin. A Mantua resident since 1948, he was a member of St. Joseph’s Catholic Church and Knights of Columbus Council # 3766.  Jim was one of the founding members of the 1st. Little League Baseball Organization in Mantua, and avid golfer, bowler and baseball fan. He had been employed at Ford Motor Company in Walton Hills retiring after 30 years of service. He proudly served his country in the U.S. Army. Survivors include his brothers Edward McLaughlin of Mantua and Michael McLaughlin of New York State; sisters Patricia Morris of Florida and Theresa; and the Schrader and Siracki families. He was preceded in death by his sisters Pat Schrader and Mary McLaughlin and brothers George, Martin and James McLaughlin. Calling hours will be Friday from 5:00 P.M.-7:00 P.M. at the Green Family Funeral Home & Crematory Service, 4668 Pioneer Trail at the corner of St. Rt. 44, Mantua, Ohio 44255. Graveside funeral services will be held Saturday July 27, 2019, 10:00 A.M. at Westlawn Cemetery, Rt. 82, Mantua Twp. Ohio with Rev. Edward Stafford officiating. Condolences and memories may be viewed at www.greenfamilyfuneralhome.com.