Share a memory
Obituary & Services
Tribute Wall
Read more about the life story of Louis and share your memory.

Louis J. Trianfante, 101 ½ years young, passed away Monday, January 2, 2023.  Born in Cleveland, Ohio, on June 3, 1921, he was the son of the late Felice and Francis (Gentile) Trianfante.  Louis grew up in Newbury, following which he lived in Auburn Township in 1959, and had resided in Mantua since 2005.  A self-employed truck driver until his retirement, Louis and Carol then operated Rays Bait and Tackle in Auburn for 20 years.  He was one of the founding members of the Auburn Township Fire Department.  A distinguished World War II veteran in the U.S. Air Force, Louis saw action in the Asiatic-Pacific Theater earning a Ribbon w/1 Bronze Star; a Philippine Liberation w/1 Bronze Star; Good Conduct Medal; and a Victory Medal.  On his 100th birthday, he was honored by the Youngstown Air Force Reserves who provided a fly over first at his home, following which he then received a Distinguished Service Plaque at the base.    Louis then shared stories and answered questions at the base for over 2 hours with current military and others in attendance.  An avid auto racing fan, he enjoyed racing stock cars, attending tractor pulls with his long-time friend Dick Bonner, and continuing living life to the fullest until his passing.  A self-employed truck driver, he spent 25 years following retirement, as one of the ‘snow birds’ in Florida each year.   On May 29, 1959, Louis married his beloved wife Carol (Eichel) Trianfante who survives at their home.  Also surviving is his devoted son Tony (Vanessa) Trianfante of Mantua, and 2 grandchildren, Carina Trianfante, and Mason Darkow.  No calling hours.  A Celebration of Life will be announced later.  Final resting place is at Shadyside Cemetery in Auburn Township.  His video tribute, condolences and memories will be available at the greenfamilyfuneralhome.com.

To send flowers to the family or plant a tree in memory of Louis J. Trianfante, please visit our floral store. 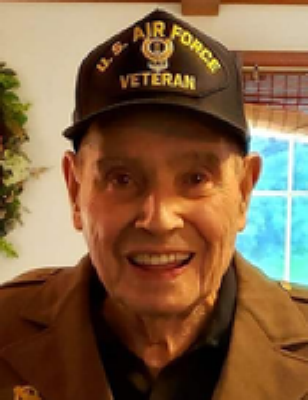 You can still show your support by sending flowers directly to the family, or by planting a memorial tree in the memory of Louis J. Trianfante
SHARE OBITUARY
© 2023 Green Family Funeral Home. All Rights Reserved. Funeral Home website by CFS & TA | Terms of Use | Privacy Policy | Accessibility