Share a memory
Obituary & Services
Tribute Wall
Read more about the life story of John and share your memory.

A proud Marine/Navy Corpsman, John served on the U.S.S. Siboney, with the 6th Fleet in the Mediterranean, and was awarded the National Defense Service Medal and the Navy Occupation Medal/Europe.  On leaving the service, he obtained his bachelor’s degree while working for the B&O Railroad and starting to raise his family. He then worked for the health department in Lorain County and spent more than 30 years as a division manager and sales rep for E.R. Squibb and Sons/Bristol-Myers Squibb, where he won numerous awards for his work.  These awards saw him and his wife, Peg, travel to Paris, London, the Bahamas, and New Orleans.  On retirement, John obtained his teaching certificate and taught gratis at the former St. Joseph’s School in Mantua.  As a grateful convert to Catholicism, he was an active parishioner and volunteer at the church.  He threw himself into gardening and with his green thumb made the yard at his family home an oasis of beautiful flowers, trees, and shrubbery.  John was also active in the Irish Heritage Society.  An avid hiker, he was the first American to walk the ancient Tochar Phadraig pilgrimage from Ballintubber Abbey to Croagh Patrick.  He loved flowers and bird watching, travel, and classical music - but most of all, he loved his family.

John was beloved and will be greatly missed by his wife, Margaret (“Peg”), with whom he celebrated his 65th wedding anniversary on November 23;  his children Maureen Holleran (Sean), John (Martha), Colleen, Kathleen, Christine Veltri (Tony), Maggie Bickel (Paul), and Kevin (Marian), and by thirteen grandchildren and three great-grandchildren (with another on the way): Johnny Holleran (Sheri), Lynda Holleran, Kelly Cramer (Mark), Katie (Kevin Miller), Patrick (Samantha Mack), Alexandra and Victoria Veltri, Christian and Clare Bickel, Grace Lamansky (James), Tom, Kevin and Mary Hyden; Ian and Isaac Holleran and Jonathan Holleran.  John also leaves behind his brother Olen and sister Rowena McKivigan-Lewis.  He was preceded in death by his daughter Aileen, his parents Olen and Blanche, his sisters Mary Lettie and Martha Hyden, and brothers Dave and Bill Hyden and Jim McKivigan.   Mass of Christian Burial will be held Monday, January 2, 2023, at St. Ambrose Catholic Church, 10692 Freedom St., Garrettsville, Ohio, 44231 at 11:00 A.M., with calling hours at the church from 10:00 A.M.  until the time of Mass. Immediately following the Mass, a luncheon at the church will be provided for family and friends.  Burial will be on Tuesday, January 3, 2023  1:00 P.M. at Fairview Cemetery in Hiram, where Full Military Honors will be provided by the U.S. Navy Honor Guard Team, assisted by members of Mantua American Legion, Post #193.   Arrangements are by the Green Family Funeral Home and Crematory Service in Mantua, where condolences and memories my be viewed at www.greenfamilyfuneralhome.com.

To send flowers to the family or plant a tree in memory of John D Hyden, please visit our floral store. 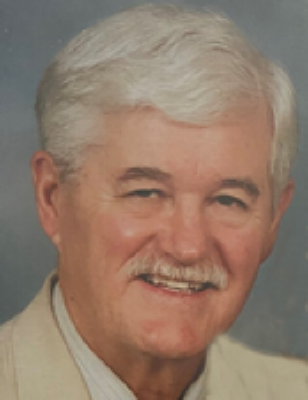