Share a memory
Obituary & Services
Tribute Wall
Read more about the life story of Joan and share your memory.

Joan Kudravy, 78 years of age of Garrettsville, went home to be with “T” on his birthday January 13, 2022, at the family home surrounded by those she loved.  Joan’s passing took place after she fought times of illnesses that never stopped her from living life to the fullest. Born at Cleveland, Ohio on April 11, 1943, she was the daughter of the late Fred and Jennie (Warvesky) Novotny. A resident of the Garrettsville-Nelson Twp. area the past 50 years, Joan also was a longtime member of St. Michael’s Catholic Church in Windham. Joan had been employed as a Dietary Aide at Western Reserve Psychiatric Facility, and will be remembered for her years of employment at several area libation establishments. Joan often assisted at the Windham American Legion functions, and the Garrettsville Eagles Club. An avid reader, she also enjoyed doing crossword puzzles. While her death leaves a void in the lives of family, and friends, her “Sassy” way will never be forgotten by those who knew and loved Joan, just as much as she loved them. “Mom”, “Mama” “GG” we love you! On July 31, 1970, she married Terrence “T” Kudravy who preceded her in death on September 5, 2018. Her daughter Tommi Kudravy also preceded her in 1992. Survivors include her devoted children, LeRoy (Anna Beech) Kasunick of Garrettsville, Michael (Jamie) Kasunick of Alliance, Lynette (Bill) Monaghan of Norton, J.J. (Greg) D’Aurelio of Garrettsville; dear siblings, Fred Novotny of Mayfield Hts., Betty Ann (Roger) Glover of Texas; and her 7 loving grandchildren, 7 great-grandchild, and her special 4 legged children, “Lady Dog” and “Gypsy”. Calling hours will be Wednesday, January 19, 2022 at the Green Family Funeral Home & Crematory Service, 4668 Pioneer Trail at the corner of St. Rt. 44, Mantua, Ohio 44255, from 5:00 P.M.-7:00 P.M. Mass of Christian Burial will be Thursday, January 20, 2022 11:00 A.M. at St. Joseph’s Catholic Church, Mantua, Ohio with Rev. Edward Stafford officiating. (EVERYONE PLEASE MEET AT THE CHURCH). Final resting place will be at Harrington Cemetery, Nelson Twp. A reception for all family and friends will then follow at the Nelson Community House. Her video tribute, condolences, and memories may be viewed at www.greenfamilyfuneralhome.com.

To send flowers to the family or plant a tree in memory of Joan Kudravy, please visit our floral store. 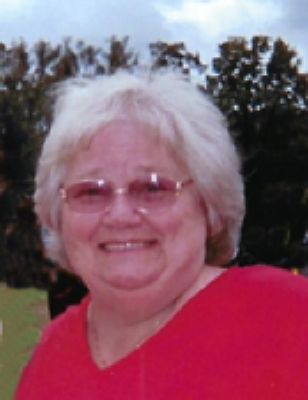